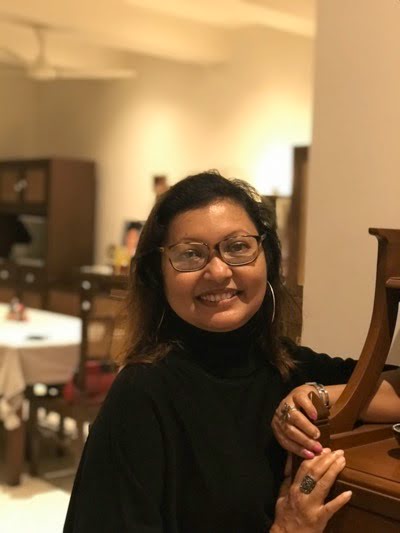 Born in Colva, South Goa, Maria Suzette grew up in a traditional Indo-Portuguese style house. She is the eldest of four siblings. When she was growing up, home food was savoured especially as there was no other type of food placed on the table. She completed her schooling and went to pursue her five years degree in Fine Art. Soon after graduating, she together with Rony Floriano, founded their own advertising agency which functioned successfully for a decade.

Despite success in the advertising field, she soon realized the importance of healthy, home cooked food and the importance of preserving that aspect of Goan culture. Goa was losing her culinary heritage on account of being a global tourist destination in which there was no move to showcase and preserve Goan cuisine in a credible way. With an artist’s instinct, she and Rony began to dedicate their talents to this cause and founded in the year 1997, Mum’s Kitchen – Ethnic Cuisine Movement.

Today this movement is alive and she is content that Goan culinary voice is heard in many countries. For Maria Suzette the on-going campaign of ethnic cuisine is a testimony to the lasting impressions that an artist can bring to a culinary canvas. Indeed, the artistic aspect of Mum’s Kitchen is inspiring and priceless for her.

Given a choice to Rony Floriano to either duplicate an existing setup or create an unique model, he would settle for the latter by indigenously creating an organization from grass roots up to the last detail at the top. Mum’s Kitchen is one such model uniquely created and different in the gourmet category. His management structures are optimal, with minimal control span, linear hierarchy in the form of the reverse pyramid. In our brand guidelines (SOP) we prefer to call Mum’s Kitchen an Ethnic Cuisine Movement rather than a restaurant. Rony steers the brand, in a “360 degree fashion”. His eye for detail is impressive as also his skill in specialised process controls, inventory management, human resources, consistency in food operations and creating a home cooking process model instead of a model of duplication followed by other restaurants. His learning began with his experience in advertising and his additional degree in Applied Arts. In addition to this he holds an MBA degree from one of India’s premier business schools, Goa Institute of Management (GIM). He has to his credit several State awards and has undergone training in food safety of the UKAS programme. He was awarded Goa’s Best Restaurateur by the Times of India Group. He continues to lead Mum’s Kitchen both as a mentor and its visionary. 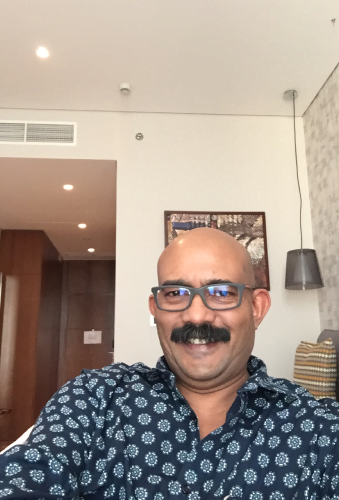 This gourmet aficionado delights in Goan food every day. Akshara joined us in the year 2012 as a Food Safety Executive. She has a degree in Microbiology. Since joining us, she has been handling CCP (Critical Control Point), SSOP (Sanitization Standard Operating Procedures) as mandated by the International Organization for Standardization (ISO) through our accredited certifying body (CB) the world leader in testing, inspection and certification - Bureau Veritas.

Over the years she has carefully scaled the ladder of responsibility, displaying strong resilience and is presently leading Mum’s Kitchen in the position of Manager of our Ethnic Cuisine Movement.

After completing her Master’s degree in commerce, Frenzina Nunes headed straight to Mum’s Kitchen – her first job. She has been with us since then - 2012. Her unassuming looks are misleading as she handles entire inventories as per our standard operating procedures. She coordinates with fresh produce suppliers on a daily basis and maintains all essential stocks needed to function our multi-layered complex operations. In addition to her roles she handles all vendor deals, payments and upkeep of government statutory compliances. 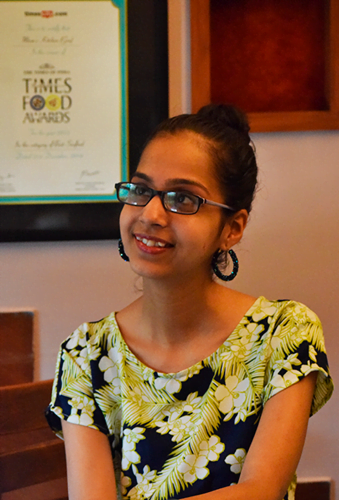 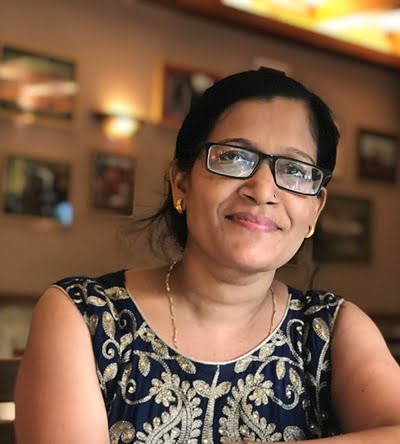 We relocated Vilas Gaude from her role as domestic help, to Mum’s Kitchen after spotting her talents in cooking at a very young age. She joined Mum’s Kitchen in 2006 and gained valuable experience in all of our departments.

Finally, despite her youth she has moved up from stewarding to handling the kitchen. She has proved her mettle as a woman, and is the sole earner in her family. For Vilas and others like her, this has been her first and possibly her only place of work. Cooking for her is an expression of love and not a commercial activity.